I am blessed to share an inspiring story that touched my soul and filled my heart. John overcame tremendous injury in an accident that he miraculously survived. This is a story not only about becoming Christian but also really connecting and feeling our creators’ love. Listen to the interview on Anchor.

Today he is the co-host of The Eternal Leadership podcast, as well as a successful business coach.

As a kid, he had a dream to be a fighter pilot and never thought he could achieve it. John went to college on an ROTC scholarship, then Navy Flight school, and through a lot of hard work became an F14 pilot. He flew in desert storm, flew combat sorties.

Then he had been given dream orders to go back and instruct at Top Gun, but he had a softball accident and suffered nerve damage to his eye.

No longer able to fly, John was completely unsure of the path of his life. His dreams were taken away and that was the only thing he wanted to do since being a child.

He needed help direction and purpose as his life didn’t have any meaning. John was lead to the Gospel in April of 1995 and he became a Christian. It gave him a foundation and a grounding for the rest of his life that was invaluable for him. It opened incredible doors.

A year later his wife became a Christian, he tells us it was an interesting year!

Imagine what it would be like, being given orders to go to Top Gun, flying F14’s and F16’s to selling cell phones door to door, with the planes flying above.

“When you don’t have a purpose in your life you don’t understand who you are, what you want to do and the meaning you want your life to have.”

This was 1995 and he started his own company.

He did three different tech start-up companies, then worked for a Fortune 100 company, then to a Wall Street firm, then in 2011, he left to start a new company. Then 5 1/2 months into it, he was involved in an accident that radically changed his life.

John was invited by a friend to a non-profit called Family Talk. He was invited to learn more, and perhaps become more involved. He flew himself up, and they gathered at a Ranch in Montana.

Friday, they were going to ride to the back of the Ranch, and John had his horse saddled first. He had a picture taken just before, and he had a big smile on his face, having no idea that in the next five minutes his life was going to change permanently.

John’s horse began to trot, then all of a sudden the horse did a 90-degree turn and bolted and threw him backward. John was holding on with his legs, as hard as he could. John was able to get himself back up in time to see a steel fence coming up.

John grabbed the reins and pulled left, the horse nearly pulled the reins out of John’s hands. John pulled the horse’s head left again, but the horse pulled his head back and kept going towards the fence.

John was thinking he needed to jump, starting to panic, but would have broken his neck. He didn’t feel the horse would be suicidal and run into the wall. Soon John realized there was no way one of them wasn’t going to get really hurt.

He was a fighter pilot, he flew in combat; low-level missions, 500 mph at 100 feet, and never felt this feeling before in his life.

About 20 yards from the fence, it was as if someone hit the pause button and everything slowed down. John recalls thinking, “this is not going to end well.”

The horse bucked so hard he slammed into the fence rump first. He launched John into the top bar of the fence. About a 3″ solid steel beam.

The beam hit John across the face, from his teeth to his left eye. John lost 7 teeth, shattered his cheek, crushed his left eye orbit, broke all the bones behind the eye socket; which severed the nerve and he lost his left eyesight. He shattered his forehead, the center of his skull, the base of his skull, his head snapped back from the impact and broke his neck in a couple of places.

He crushed 4 ribs, punctured a lung, and tore up his right shoulder pretty good.

An EMT was there and helped right away. John passed out briefly and when he came to he could feel people holding down his head, shoulders, hips and this woman was holding his hand. He heard her say he was going into shock.

The pain he was in was beyond anything he could tolerate. “It was like being underwater and running out of air when you still have 20 feet to go, that type of fear and panic, but even greater than that.”

His face was cut open, not a pretty sight, he was yelling and moaning and it was hard for the people there to comfort him.

They describe that they thought they watched him pass away, because he suddenly relaxed, and his body sunk into the ground.

The Presence Of God

He felt the presence of God come and completely surround him. It was the most intense and personal unconditional love. It was about Jesus and John Ramstead, one on one, being loved beyond comprehension.

The first thought he had, had been, “I’m not worthy of someone loving me like this.”

He had fallen away from a close relationship with God because of his business career and some of the success he had.

In scripture, they talk about that peace that passeth all understanding. That feeling was washing over him like waves from the ocean, it was taking away all his pain, and panic, and fear and it was like it had never happened.

He basked in this intense love, and as he was laying there God spoke to him. It was not to his ears, but like a stream of consciousness flowing through his soul.

What God said is “All things work together for good for those that love the lord. I am going to heal you and use this for all my glory. The Lord giveth the Lord taketh away, blessed be the name of the lord.”John told me he still wonders about that because he knew with total certainty his left eye was blind. There was no reason for him to know that at the time.

He woke up and opened his eyes, and told everyone very calmly that they didn’t need to worry because god was there and he said it was going to be ok. They were a little surprised.

For the next hour he chatted calmly, he asked questions every couple of minutes, about why his teeth were broken and about how the horse was doing.

He waited for an hour for the helicopter to arrive. He remembers looking forward to the ride, It was a beautiful Montana day. He could only see the blades and blue sky. 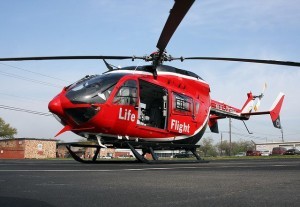 Being in God’s presence has profoundly changed who he is and what he is all about.

He was told by multiple doctors that his accident was not survivable, he should have died.

In the last 2 1/2 years he has had 23 surgeries, 2 brain surgeries where they had to take most of his skull off to repair it with titanium plates, his entire sinus cavity was removed and a traumatic brain injury.

A hospital in Denver treats traumatic brain injury, and he spent 18 months there.

When he did his testing in the end, he was 100% in everything except for visual processing. This was miraculous because they had only expected he would recover to 50% at most.

The path to John’s healing was long and treacherous. He battled Meningitis, a fever over 107 degrees, John had post-accident amnesia, brain surgeries, and every time, they told him about the possibility of complications, and that he may not be the same person if he made it through.

He tells us his wife prayed to god for some help while waiting for his second surgery. Just after, a pastor from a local church came to visit to see what he could do.

He sat with her as a friend, prayed with her, and waited 4-5 hours until the surgery was over. He came back a few more times. Just having someone there gave her the strength and courage to get through it gracefully.

Financially this made a huge difference in their lives. It challenged their boys’ faith and put them all through a really tough time.

It has been a huge blessing over the years, watching their boys come through this, watching their journey. He and his wife have a relationship, he would never give up. John no longer works 70- 80 hours a week and has more time with his family.

John is going to try to make as big of a difference, with what time he has left. He doesn’t know if it works this way, however, he envisions seeing Jesus one day, and seeing his face break out in a smile, and having him say, “good job buddy, come on in.”

The community was amazing. Over 400 people brought meals and thousands reached out.

People offered to take his kids to sports, mow the lawn, fix things around the house, and for the 5 weeks he was away in the hospital good friends took his kids, and would not take any money for groceries.

I asked John how he moved on? He told us that, “Every single day you wake up you have a choice”.

I reached out to mentors, read books, kept putting one foot in front of the other to keep moving forward.

When we have a funeral someday, it is more than just being a great husband, dad, provider, and co-worker. He wants to leave a legacy to be so much bigger than it would have been if he died two years ago.

I asked John if he thinks there is a way one can tap into these things without having a near-death experience. He told me absolutely!

Our experiences made us realize that we have this incredible potential we can live up to. If we make decisions, surround ourselves with people who are doing great things with their life. We can make a choice every day, every single day we wake up we have an opportunity for a second chance.

If there is something stopping us, an obstacle or a roadblock, there are people out there that will help you, to give you the courage, give you the skills to get past whatever you think is in your way. It is not as big as you think!! 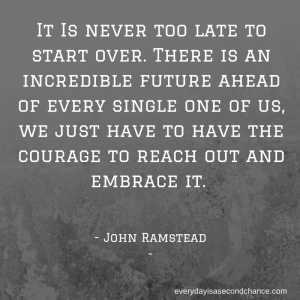 He went back to work and could not put in the kind of hours he had before. In February of this year, he felt god talk to him again. He said, ” I want you to use this life that I have given you, to pour this life into other leaders, to equip and inspire them to work in my kingdom. ” It was very clear.

He left what he was doing, very advanced business, estate, and tax planning for business owners. He went and got certified as a coach.

He found a lot of people ask, ” how do I really understand my purpose, who I am, what are my values, what are the gifts God has given me and how do I work in those? How do I create a life outside of me that is in complete alignment with who I am inside?

When he helps those individuals, and bring those two into alignment, amazing things happen.

Life has a new color to it, a joy and a light, it becomes fresh and exciting. All of us know they can get there but they don’t know-how.